Following the recent announcement that Mayday Office Equipment Services Ltd have officially partnered with Norwich City Football Club and supplied all of their recent Toshiba Multi-functional Printers to all sites from Carrow Road, to Colney Training Ground we have more exciting news.

Along with this amazing partnership our in house graphic designer James Vivian has been working hard creating the 2018 season match day team sheets. This also along with Mayday branded artwork along the LED Screens around the NCFC pitch, an advert on the “Big Screen” and all around the stadiums TV screens.

This has been a massive accomplishment and a big step forward in advertising and brand awareness for Mayday.

“This is one of the proudest moments of my career to see my work displayed at Norwich City Football Club, it is a huge achievement for me both personally and professionally”

Look out for our excellent artwork around the Norwich City Stadium throughout the season, below are some pictures taken on August 11th when the Canaries played their first home game against West Brom. 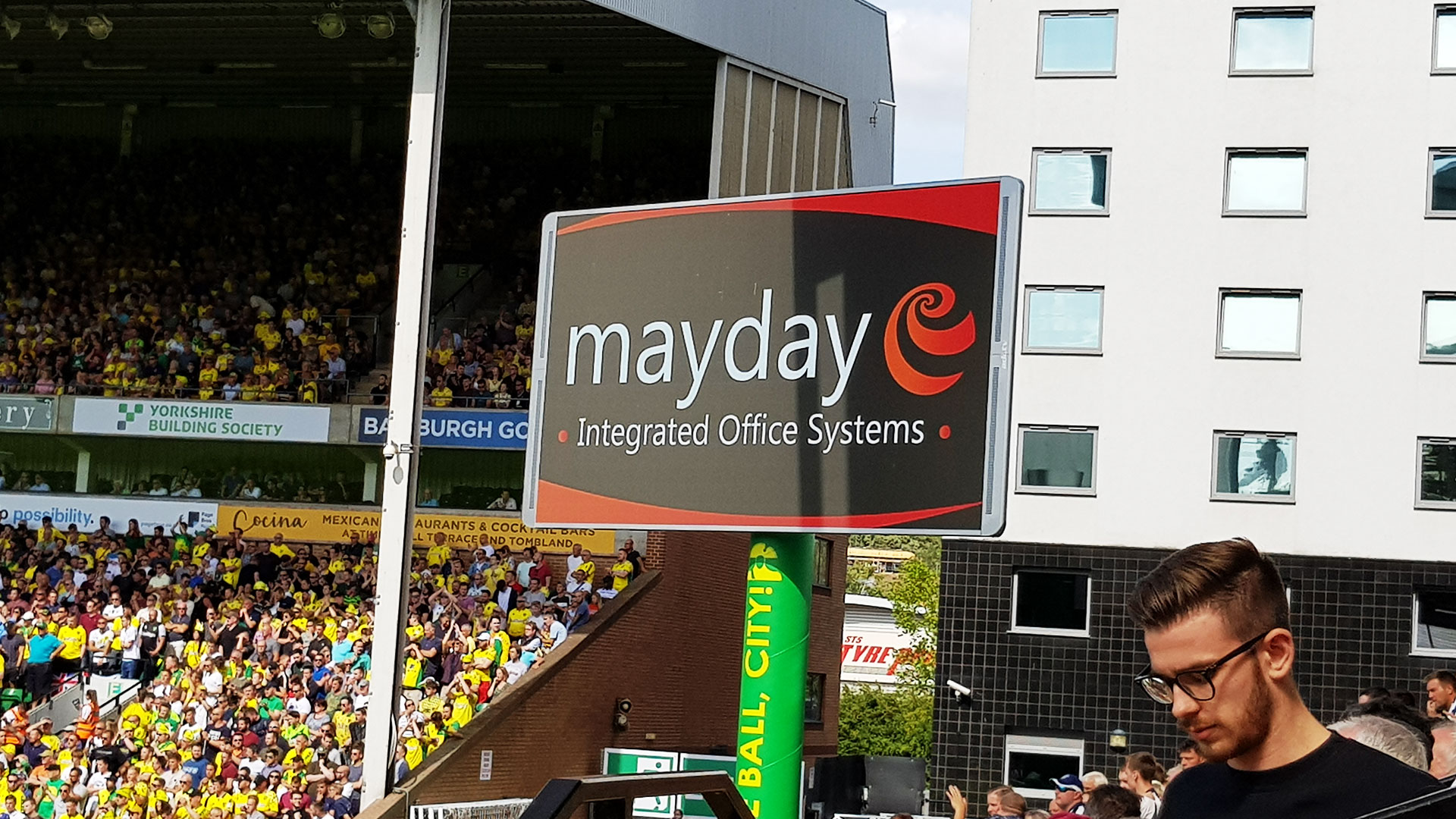 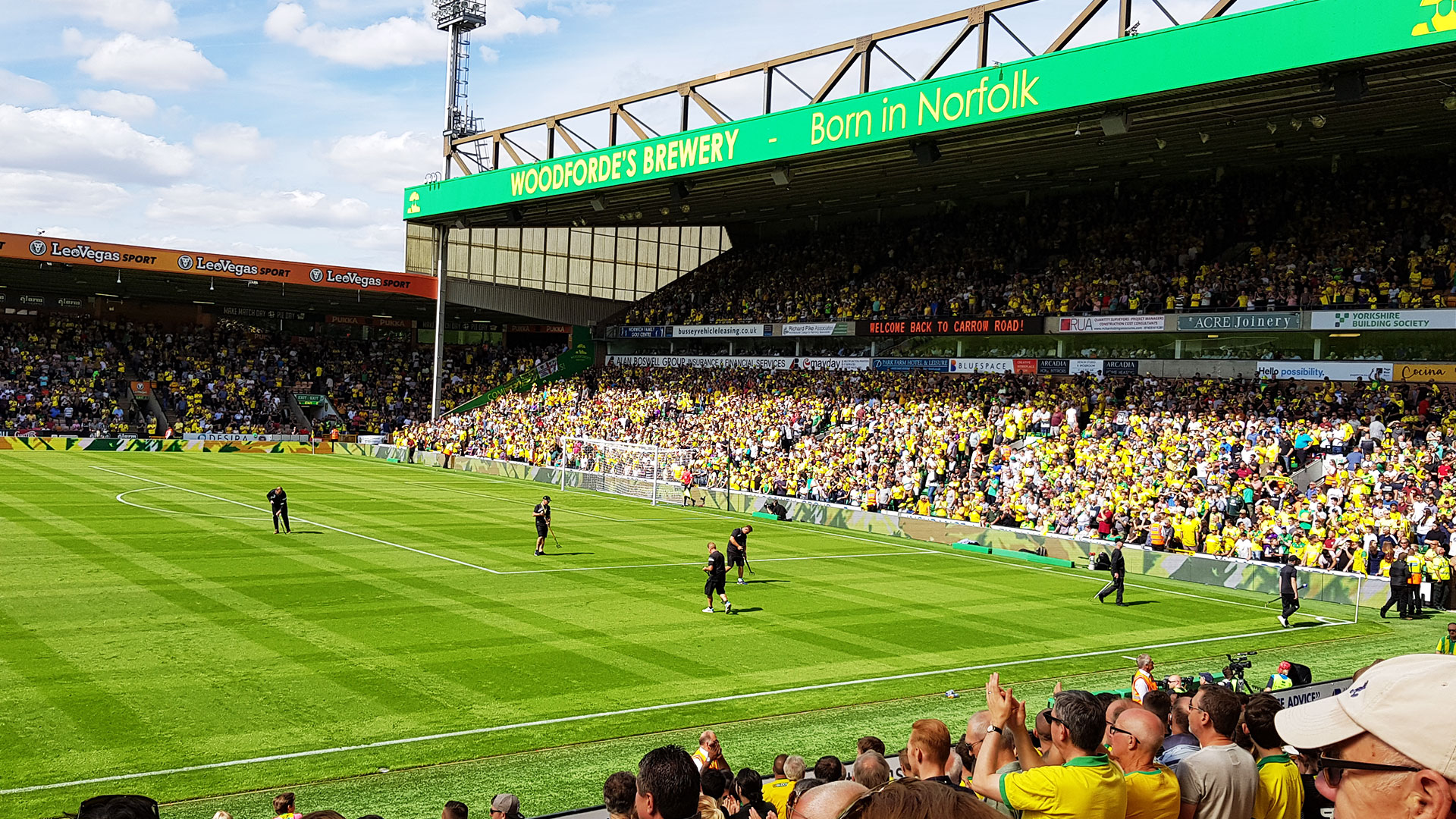 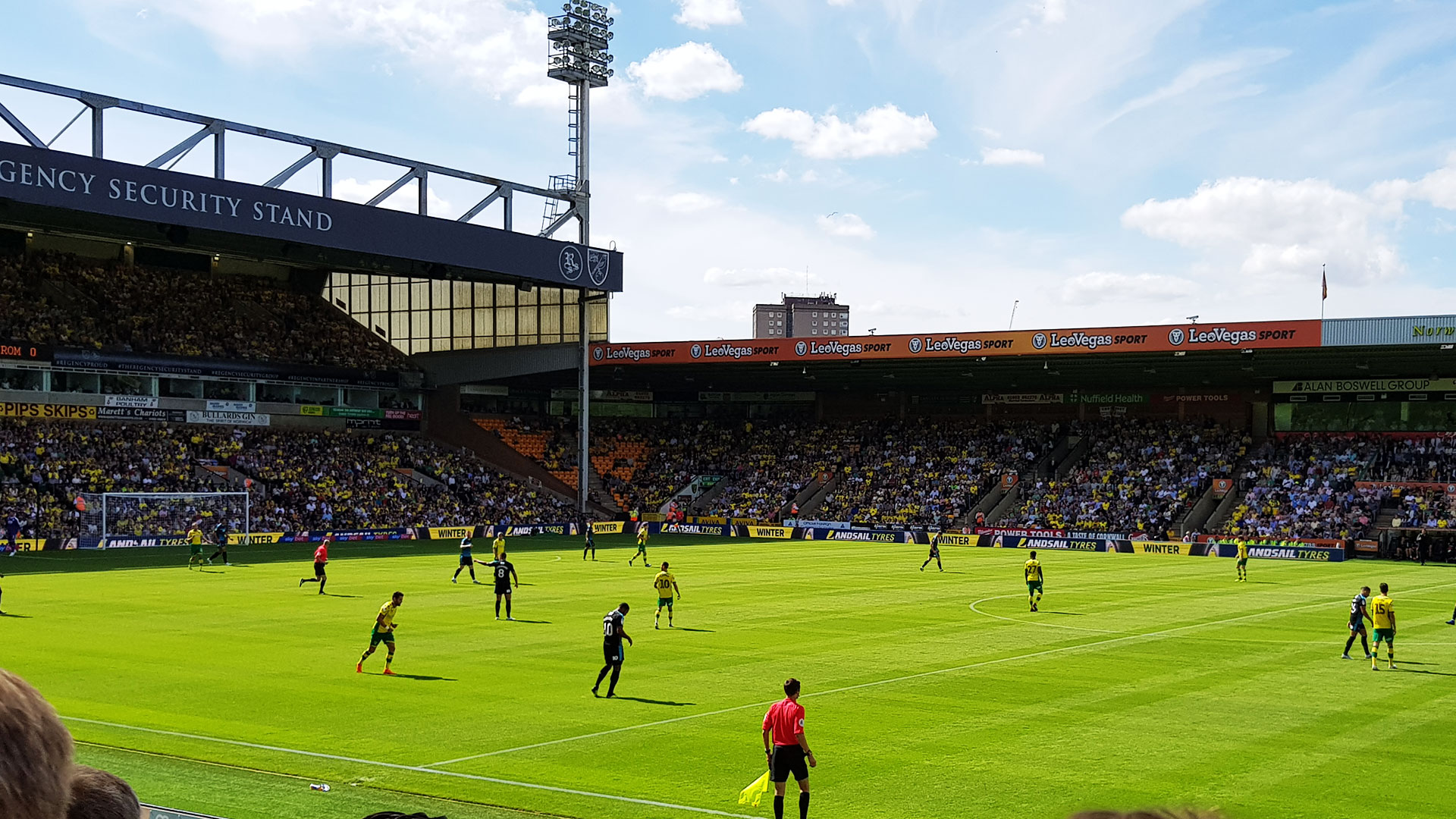