Established in 1979 in Norwich, Mayday has been supplying the latest technology from many of the world’s leading manufactures. They offer impartial advice and consultants focused on delivering efficiencies and managing costs.

Graham Cassie, Mayday Managing Director, said: “This is a very exciting time for Mayday. We have been proud to have already been a partner of the Norwich City Community Sports Foundation since 2013 – and it is now fantastic to be partnering up with the Football Club to supply and support all their digital printing.”

Ben Kensell, Norwich City Director of Commercial, added: “It’s great to have another local supplier on our portfolio, and we’re pleased Mayday have committed to providing us with all our print devices at Carrow Road and Colney.

“As ever, we’re thankful and proud to have such brilliant, local support.”

Also look out for our digital signage and stadium branding this coming 2018 season at Carrow Road. 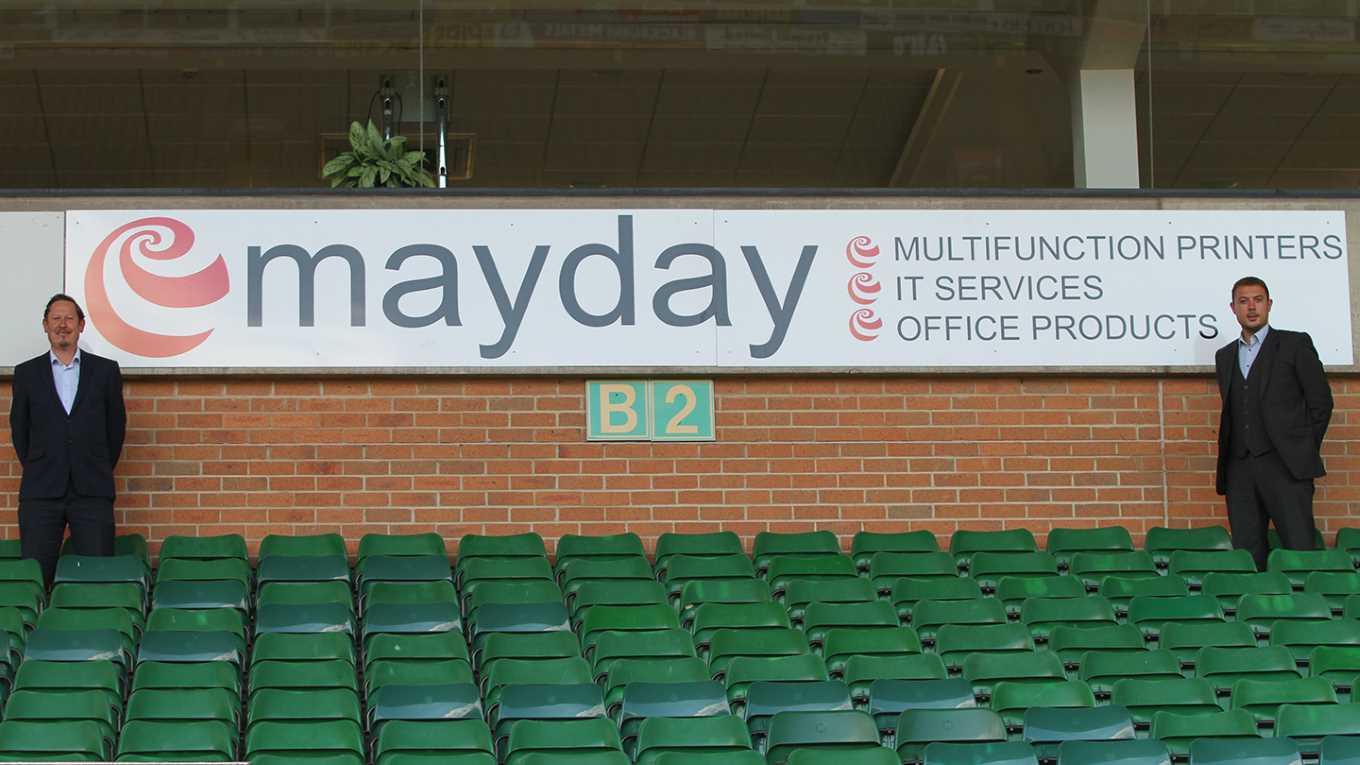